There will be no tanks, no parade of soldiers and veterans in the heart of Moscow to mark the 75th anniversary of victory in World War Two.

The Red Square 9 May parade has been cancelled because of the pandemic. But in neighbouring Belarus the parade will go ahead, complete with a concert in the centre of the capital Minsk and festive fireworks.

Why is it going ahead?

Belarus President Alexander Lukashenko appears unfazed by the pandemic. He has not followed the European pattern of imposing sweeping restrictions.

Russia is still under lockdown, and for six days it has recorded more than 10,000 new Covid-19 infections daily.

And yet Mr Lukashenko refuses to cancel his military parade, since it serves a patriotic purpose: to remind people of Soviet-era hardship and sacrifices.

Speaking on the eve of the parade, he said: “They gave their lives so we could live today, that’s why we can honour our heroes on this sacred day. We cannot do anything different.” 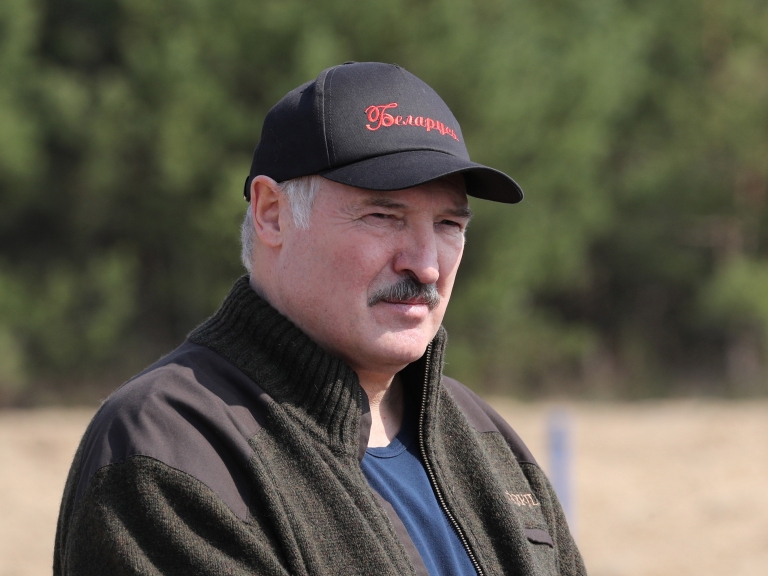 Just think what people will say [if we cancel the celebrations]. Maybe not immediately, but in a day or two, they will say we got scared

Mr Lukashenko has been in power since 1994, exerting authoritarian control over Belarus in a style reminiscent of the Soviet era.

The Nazi occupation in 1941-1944 devastated Belarus: about a quarter of the population died, including almost the entire Jewish population.

So, as in Russia, Victory Day is a deeply patriotic occasion for many citizens.

How has coronavirus affected Belarus?

The Belarus authorities have registered 21,101 cases of coronavirus, having conducted more than 240,000 tests. They say 121 people have died.

There is no regional information and journalists have not been allowed to interview medics or see what is going on in hospitals.

Shops, schools and public transport continue to function as normal. But the health ministry has issued recommendations for Belarusians to stay away from crowded places, use hand sanitiser and wear masks, especially if they belong to at-risk categories.

And Belarusians themselves are aware of the dangers. Some companies have urged staff to work from home where possible. Some universities and colleges have cut student numbers travelling at rush hour or have switched lectures online.

Many parents are keeping their children out of school. Belarus may have been the only European country not to stop its football championship, but attendances have fallen dramatically.

A World Health Organization delegation visiting in April expressed concern about the lack of measures to slow the spread of coronavirus.

The EU has promised Belarus €60m (£52m; $64m) to help fight coronavirus – but only on condition that it fulfils WHO guidelines.

What do Russians make of it?

Under different circumstances, the 75th anniversary of Victory Day would have been celebrated lavishly in Russia, too.

Instead Russians have been told to stay home and President Vladimir Putin will make a televised address and lay flowers at a war memorial.

The Russian Air Force will fly over Red Square with 75 planes and helicopters, and a military parade has been promised later this year.

Kremlin spokesman Dmitry Peskov said he hoped “the different methods employed by Russia and Belarus will not bring a sharp increase in the number of those infected”.

But those different methods have touched off something of a spat. Belarus accused a Russian TV crew of spreading fake news about coronavirus in Belarus and revoked the accreditation of Channel 1 correspondent Alexei Kruchinin and his cameraman.

Kruchinin has had to leave Belarus, denying the accusations against him.

Russian epidemiologist Viktor Larichev has compared holding the parade to having a feast in the middle of a plague. “It is simple stupidity,” he said on Russian radio.

Who will be there?

Normally, pride of place is given to war veterans, but President Lukashenko has said nobody has to join the Victory Day ceremonies who does not want to.

Very few veterans are still alive. Most are in their nineties and very vulnerable to Covid-19.

A concert stage and a big screen have been erected in the centre of Minsk with space for hundreds of people. Singer Alexander Solodukha has said he will practise social distancing when he performs and will not shake hands or mix with other guests.

Mr Lukashenko has invited international guests to join the celebrations, including some Russian MPs and politicians. Russia will not be sending an official delegation and anyone who does go will be there in a private capacity.

“I am worried we will get scared and hide in our dens. Belarus is a living monument to that war. And I believe that on this day representatives of all states could be here,” the president said.

Some reports suggest students and staff at universities and state businesses have been told that attendance is voluntary. And yet there are also suggestions that students are being sent text messages offering $4 towards their stipend next month if they turn up.

What do Belarusians think?

In Belarus itself, there is no shortage of criticism of the parade.

Stanislav Shushkevich, Belarus’s first leader after independence, condemned the idea as “not only ignorance, but a crime”, arguing that President Lukashenko was motivated by a desire to stay in power and by competition with Russia.

The parade has also been criticised by former parliament speaker Mechislav Grib, who saw it as no different from Soviet attitudes during World War Two, “when human life was not valued”.

Ex-prime minister Mikhail Chigir said: “In the US they don’t have military parades at all and are they any worse off? I don’t think so.”

Belarus’s leader has certainly stolen the show with Saturday’s parade, but nobody else wanted it anyway.